Dogs With The Longest Lifespan 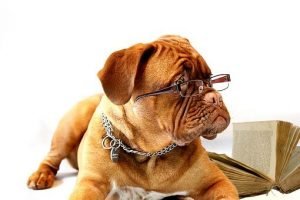 If you’re a fan of smaller breeds of dogs, such as Maltese’s, Shih Tzu’s and Jack Russell’s, then we’ve got some great news for you. Smaller dogs are thought to live longer lives. Of course, it’s not just the breed of dog that determines their life expectancy. Good quality care, regular exercise and a healthy diet are all factors that play a role in how long a dog lives for.

The average life expectancy of a dog is between 10 and 13 years of age. However, some dogs make it to 15 and there have also been cases of dog reaching 20 years old – the human equivalent of 140.

Canna Pet lists the following 20 dogs as having the longest life expectancy, therefore if you’re looking for a pooch that will be around long into the future, these are the breeds to consider.

A Dachshund is a hound dog and has continuously been one of the most popular dogs since the 1950s. They typically weigh between 16 and 32 pounds, although miniature Dachshunds typically come in under 11 pounds. There are three varieties of Dachshund: short haired smooth, wirehaired and longhaired and they have a life expectancy of between 12 and 15 years.

Toy Poodles are the smallest of all the Poodle breeds of dog. They typically weigh between 3 and 6 kg and have a life expectancy of between 12 and 15 years. There is no solid evidence to determine how or where the Toy Poodle originated from, as such, they are a bit of a mystery to the dog world. They are however an intelligent, hyper-allergenic breed which make loving pets.

Beagles are a KC recognised hound dog. They typically live between 12 and 15 years and are currently the 20th most popular breed of dog in the UK. Beagles are classed as a medium sized dog and are believed to have been first introduced in 500 BC.

Lhasa Apso’s are a small breed, hypoallergenic dog originating from Tibet. They typically weigh between 12 and 15 pounds and have a life expectancy of between 12 and 15 years of age. They have long, thick coats which can be difficult to maintain, therefore regular brushing and grooming is a must.

Pomeranian’s descend from large sled dogs. They are the smallest member of the Spitz family of dogs and weigh between 3 and 7 pounds, although the very first Pomeranian weighed approximately 30 pounds. Their life expectancy is between 12 and 16 years and they fall under the companion breed of dog.

Bizarrely, this breed originates from Spain rather than Australia, as their name suggests and they were first introduced in the UK in the 1980s. They are one of the larger dogs on the list of dogs that live the longest. Males typically weigh between 23 and 29kg, while females weigh in between 14 and 20kg.

The Scottish Collie originates from the Highlands of Scotland. They have a life span of between 12 and 16 years of age and typically weigh between 40 and 70 pounds. The Scottish Collie was bred to be a working dog. They also make good hunting dogs, as well as good family pets.

Boykin Spaniel’s are medium sized dogs sporting dogs, known for their hunting skills. They weigh between 25 and 40 pounds and live between 10 and 12 years. 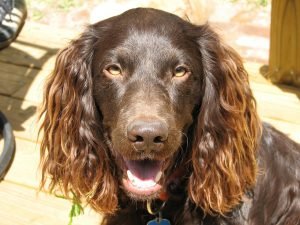 Cockapoo’s are a mixed breed of dog, deriving from the Cocker Spaniel and Poodle. They were first bred in America in the 1950’s and are one of the oldest hybrid dogs. They have an impressive life span of between 14 and 18 years and are currently the seventh most popular dog in the UK.

Jack Russell Terrier’s were first bred in England over 200 year ago to hunt foxes. Their life expectancy varies from between 10 and 15 years of age and they weigh in anywhere between 13 and 17 pounds. Jack Russell’s are typically difficult dogs to train and can be challenging to live with if not given enough attention.

Shih Tzu’s were bred to be companion dogs. They are happy, loving dogs who adore their owners and will shadow them wherever they go. Male and female Shih Tzu’s are very similar in size, unlike many other dogs. Their typical height is between 9 and 10 and a half inches and their life expectancy is between 10 and 16 years of age.

The Cardigan Welsh Corgi is the oldest of the Corgi breed. The breed is a herding dog originating from Wales over 3000 years ago. Their name derives from the two Welsh words Cor and Gi, meaning Dwarf Dog. Cardigan Welsh Corgi’s typically weigh between 25 and 38 pounds and have a life span of between 12 and 15 years.

The Portuguese Pondengo has a variety of names which it goes by, including Podengo, Podengo Portugues and Portuguese Warren Hound. Both male and female Podengos weigh between 4 and 5 kg and their life span is between 10 and 12 years of age.

The New Guinea Singing Dog can live anywhere between 15 and 20 years old. They have a mid-long length coat that takes care of itself. They are closely related to wild dogs, as such, it is not recommended that they are kept as house pets.

Miniature Schnauzer’s have a life expectancy y of between 12 and 15 years. They are smart and affectionate dogs and are a great family dog as they’re well behaved around children. They do, however, suffer from separation anxiety.

Pugs originate from China and have a life span of between 12 and 14 years of age. They’re a very popular breed of dog and currently rank third in the UK. Pugs are part of the Toy breed of dog and typically weigh between 6.3 and 8.1 kg. Pugs are loyal dogs that don’t need much grooming, however their flat faces make their prone to several different health conditions.

Maltese’s are another member of the Toy breed of dog, weighing in at a tiny 1 – 3.6 kg. Maltese’s originate from Malta and have beautiful white coats they require a lot of maintenance to keep them tangle free and looking smart. They have a life expectancy of between 12 and 15 years and are good companions for their owners.

Australian Cattle Dog’s are intelligent and highly active dogs. They were first bred in Australia to herd cattle. They typically weigh in between 30 and 50 pounds and have a life span of between 12 and 15 years.

Why do small dogs live longer?

Researchers believe that smaller dogs live longer than large dogs due to several different reasons and studies continue to determine a definitive reason. One theory is that because large dogs grow at such a rapid pace from being a puppy to adulthood it could cause abnormal cell growth which would contribute to various illnesses and conditions in later life.

A dog is a fantastic addition to any home and no matter what their expected life span is, love, care, regular exercise and a good quality diet all contribute to their overall health, quality of life and life expectancy.